Scipio and the Bear

The Black Bear (Ursus americanus), however clumsy in appearance, is active, vigilant, and persevering; possesses great strength, courage, and address; and undergoes with little injury the greatest fatigues and hardships in avoiding the pursuit of the hunter. Like the Deer, it changes its haunts with the seasons, and for the same reason, namely, the desire of obtaining suitable food, or of retiring to the more inaccessible parts, where it can pass the time in security, unobserved by man, the most dangerous of its enemies. During the spring months it searches for food in the low, rich, alluvial lands that border the rivers, or by the margins of such inland lakes as on account of their small size, are called by us ponds. There it procures abundance of succulent roots, and of the tender juicy stems of plants, upon which it chiefly feeds at the season. During the summer heat, it enters the gloomy swamps, passes much of its time in wallowing in the mud, like a hog, and contents itself with crayfish, roots, and nettles, now and then, when hard pressed by hunger, seizing on a young pig, or perhaps a sow, or even a calf. As soon as the different kinds of berries which grow on the mountain begin to ripen, the Bears betake themselves to the high grounds, followed by their cubs. In such retired parts of the country where there are no hilly grounds, it pays visits to the maize fields, which it ravages for a while. After this, the various species of nuts, acorns, grapes, and other forest fruits, that form what in the Western Country is called mast, attract its attention. The Bear is then seen rambling singly through the woods to gather this harvest, not forgetting meanwhile to rob every Bee-tree it meets with, Bears being, as you well know, expert at this operation. You also know that they are good climbers, and may have been told, or at least may now be told, that the Black Bear now and then houses itself in the hollow trunks of the larger trees for weeks together, when it is said to suck its paws. You are probably not aware of a habit in which it indulges, and which, being curious, must be interesting to you.

At one season, the Black Bear may be seen examining the lower part of the trunk of a tree for several minutes with much attention, at the same time looking around, and snuffing the air, to assure itself that no enemy is near. It then raises itself on its hind legs, approaches the trunk, embraces it with its fore legs, and scratches the bark with its teeth and claws for several minutes in continuance. Its jaws clash against each other, until a mass of foam runs down on both sides of the mouth. After this it continues its rambles.

In various portions of our country, many of our woodsmen and hunters who have seen the Bear performing the singular operation just described, imagine that it does so for the purpose of leaving behind it an indication of its size and power. They measure the height at which the scratches are made, and in this manner can, in fact, form an estimate of the magnitude of the individual. My own opinion, however, is different. It seems to me that the Bear scratches the trees, not for the purpose of showing its size or its strength, but merely for that of sharpening its teeth and claws, to enable it better to encounter a rival of its own species during the amatory season. The Wild Boar of Europe clashes its tusks and scrapes the earth with its feet, and the Deer rubs its antlers against the lower part of the stems of young trees or bushes, for the same purpose.

Being one night sleeping in the house of a friend, I was wakened by a Negro servant bearing a light, who gave me a note, which he said his master had just received. I ran my eye over the paper, and found it to be a communication from a neighbour, requesting my friend and myself to join him as soon as possible, and assist in killing some Bears at that moment engaged in destroying his corn. I was not long in dressing, you may be assured, and on entering the parlour, found my friend equipt, and only waiting for some bullets, which a Negro was employed in casting. The overseer’s horn was heard calling up the Negroes from their different cabins. Some were already engaged in saddling our horses, whilst others were gathering all the cur-dogs of the plantation. All was bustle. Before half an hour had elapsed, four stout Negro men, armed with axes and knives, and mounted on strong nags of their own (for you must know, kind reader, that many of our slaves rear horses, cattle, pigs and poultry, which are exclusively their own property), were following us at a round gallop through the woods, as we made directly for the neighbour’s plantation, a little more than five miles off.

The night was none of the most favourable, a drizzling rain rendering the atmosphere thick and rather sultry; but as we were well acquainted with the course, we soon reached the house, where the owner was waiting our arrival. There were now three of us armed with guns, half a dozen servants, and a good pack of dogs of all kinds. We jogged on towards the detached field in which the Bears were at work. The owner told us that for some days several of these animals had visited his corn, and that a Negro who was sent every afternoon to see at what part of the enclosure they entered, had assured him there were at least five in the field that night. A plan of attack was formed: the bars at the usual gap of the fence were to be put down without noise; the men and dogs were to divide, and afterwards proceed so as to surround the Bears, when, at the sounding of our horns, every one was to charge toward the center of the field, and shout as loudly as possible, which it was judged would so intimidate the animals, as to induce them to seek refuge upon the dead trees with which the field was still partially covered.

The plan succeeded. The horns sounded, the horses galloped forward, the men shouted, the dogs barked and howled. The shrieks of the Negroes were enough to frighten a legion of Bears, and those in the field took to flight, so that by the time we reached the centre then were heard hurrying towards the tops of the trees. Fires were immediately lighted by the Negroes. The drizzling rain had ceased, the sky cleared, and the glare of the crackling fires proved of great assistance to us. The Bears had been so terrified, that we now saw several of them crouched at the junction of the larger boughs with the trunks. Two were immediately shot down. They were cubs of no great size, and being already half dead, we left them to the dogs, which quickly dispatched them.

We were anxious to procure as much sport as possible, and having observed one of the Bears, which from its size we conjectured to be the mother, ordered the Negroes to cut down the tree on which it was perched, when it was intended the dogs should have a tug with it, while we should support them, and assist in preventing the bear from escaping by wounding it in one of the hind legs. The surrounding woods now echoed to the blows of the axemen. The tree was large and tough, having been girded more than two years, and the operation of felling it seemed extremely tedious. However, it began to vibrate at each stroke; a few inches alone now supported it; and in a short time it came crashing to the ground, in so awful a manner that Bruin must doubtless have felt the shock as severely as we should feel a shake of the globe produced by the sudden collision of a comet.

The dogs rushed to the charge, and harassed the Bear on all sides. We had remounted, and now surrounded the poor animal. As its life depended upon its courage and strength, it exercised both in the most energetic manner. Now and then it seized a dog, and killed him by a single stroke. At another time, a well administered blow of one of its fore-legs sent an assailant off yelping so piteously, that he might be looked upon as hors de combat. A cur had daringly ventured to seize the Bear by the snout, and was seen hanging to it, covered with blood, whilst a dozen or more scrambled over its back. Now and then the infuriated animal was seen to cast a revengeful glance at some of the party, and we had already determined to dispatch it, when, to our astonishment, it suddenly shook off all the dogs, and before we could fire, charged upon one of the Negroes, who was mounted on a pied horse. The Bear seized the steed with teeth and claws, and clung to its breast. The terrified horse snorted and plunged. The rider, an athletic young man, and a capital horseman, kept his seat, although only saddled on a sheep’s skin tightly girthed, and requested his master not to fire at the bear. Notwithstanding his coolness and courage, our anxiety for his safety was raised to the highest pitch, especially when in a moment we saw rider and horse come to the ground together; but we were instantly relieved on witnessing the masterly manner in which Scipio dispatched his adversary, by laying open his skull with a single well-directed blow of his axe, when a deep growl announced the death of the Bear, and the valorous Negro sprung to his feet unhurt.

Day dawned, and we renewed our search. Two of the remaining Bears were soon discovered, lodged in a tree about a hundred yards from the spot where the last one had been overpowered. On approaching them in a circle, we found that they manifested no desire to come down, and we resolved to try smoking. We surrounded the tree with a pile of brushwood and large branches. The flames ascended and caught hold of the dry bark. At length the tree assumed the appearance of a pillar of flame. The Bears mounted to the top branches. When they had reached the uppermost, they were seen to totter, and soon after, the branch cracking and snapping across, they came to the ground, bringing with them a mass of broken twigs. They were cubs, and the dogs soon worried them to death.

The party returned to the house in triumph. Scipio’s horse, being severely wounded, was let loose in the field, to repair his strength by eating the corn. A cart was afterwards sent for the game. But before we had left the field, the horses, dogs, and bears, together with the fires, had destroyed more corn within a few hours, than the poor bear and her cubs had, during the whole of their visits. 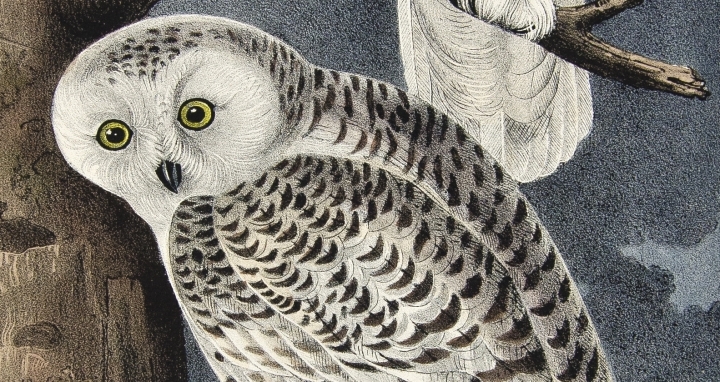 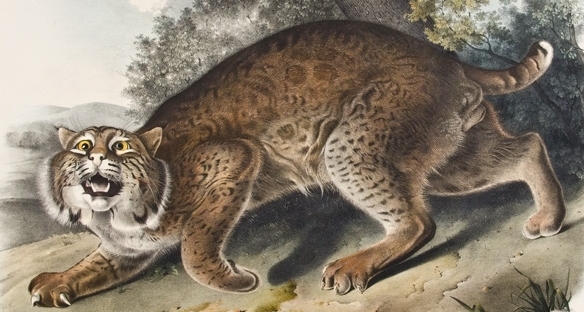 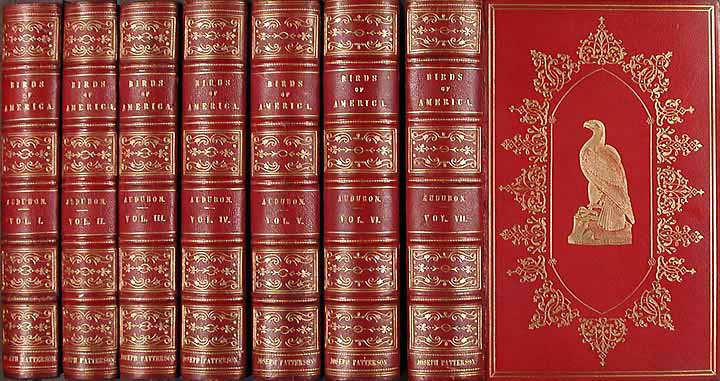